My little guy turned 6 yesterday. The chubby fingers and baby-speak are giving way to a growing, conquering hero. As I reflected on the boy he is and the man I pray he becomes, I remembered this  “letter” I wrote after a trip to the park last spring. It rings just as true today (maybe more so) than it did then. 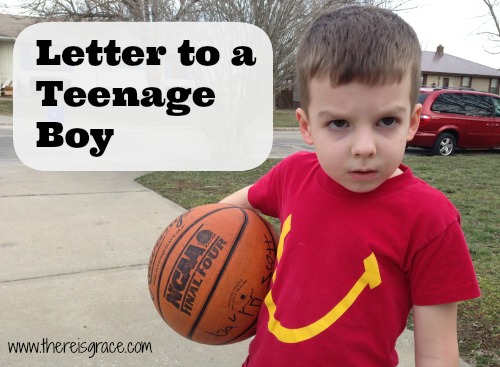 We saw you at the park today…shooting hoops and hanging out with your friends. (Do they still call it that?)  I’m sure you didn’t see us…the mom on the bench and the two kids on the playground. You seemed to be more focused on the girls at the picnic tables pretending not to notice you. I get it.

I remember how it was to be young and completely self-absorbed. I remember being entirely focused on my life and my world, concerned only with my friends and the right then and there.

If you had noticed us, you might have seen the pair of big, green eyes watching in awe as you made that killer dunk. Those eyes belong to my son. He’s five, and he thinks you’re pretty cool.

He wants to be you someday. He wants to be free and independent, to reach the monkey bars without a boost. He longs to land a jump shot like you, and he thinks it’s awesome that you can jump the curb on your skateboard. (Even though you and I both know you’d rather be driving a different set of wheels.) 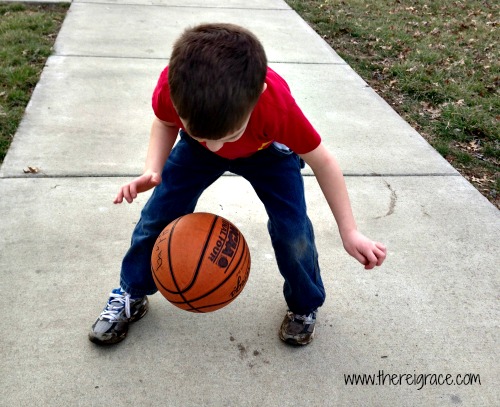 In his five-year-old mind, it seems like an eternity until he’ll be able to make a “real” basket on the “big” goal. But I know the day will come too quickly when he will nail a lay-up as good as yours, maybe even better. And some day it will be him and his friends shooting hoops for adoring girls on the sidelines.

When that day comes, I pray my boy-man has the courage to be different. I hope he speaks up and tells his friends that sprinkling your conversation liberally with expletives does not make one a man. I pray he understands that off-hand, off-color remarks directed at the “fairer gender” does not make one “macho.” (Nor do we find it endearing, for the record.)

I pray he respects his body (and the law) enough to resist the temptation of alcohol and tobacco, which apparently still has some appeal despite all the negative medical findings . And while I’m sure he’ll do his share of “showboating” on the court for some giggling girls, I pray he shows them nothing but respect through his words and his actions, even when they’re not around.

You’ve reminded me (again) how thankful I am for my son’s dad, and other men in his life, who will teach him that true manhood has nothing to do with machismo or crudity, but everything to do with strength of character and dignity. I am grateful he has examples of men who run hard after God and work hard serving their families and others.

My mama’s heart breaks at the thought that no one stepped up to teach you these valuable life lessons. I’m sorry someone let you down, either by neglecting to lead or, even worse, leading you down the wrong path. I pray someone will step in and teach you what real manhood looks like. Not just for your sake, but for your son, also.

Maybe next time we’re at the park, you could look beyond your little world. Maybe you could be a little less concerned with impressing the girls and, instead, notice an adoring five-year-old gazing in wide-eyed wonder at your amateur basketball skills. And maybe if you pay attention…well, you just might learn something.

12 thoughts on “Letter To A Teenage Boy”