Like many children of the 80s, I was raised on highly-processed, convenient snack foods. We did have a garden, and I remember being “encouraged” to eat its bounty…the endless jars of canned green beans and pickled beets. (To this day, I cannot stand pickled beets.) But I preferred anything that came in a package…crackers, cookies, snack cakes, etc. So, when “all-natural” and “organic” foods began to hit stores, I just didn’t get it. As a matter of fact, I was convinced “organic” was something food manufacturers had conjured up to charge more for groceries. 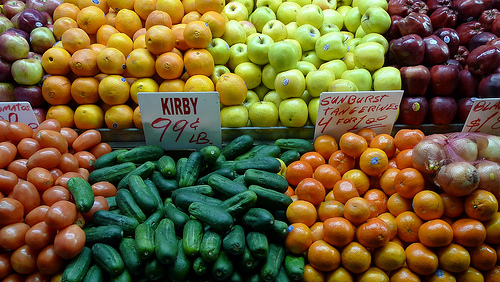 That all began to change in 2009 when my then-2-year-old Little Man began having severe reactions to certain foods. A year earlier we had discovered he has a severe peanut allergy.  When he began having similar reactions to soy-nut butter (a replacement recommended by his allergist), we had him tested again and learned that he had, not one food allergy, but three: peanuts, egg, and soy.  The addition of two more food allergies brought a whole new level of education, adjustment, and stress to the thought of feeding my family, particularly my son.

As I began to research food allergies, I was amazed at the link between processed foods and the rise in food allergies. Of course all-natural and organic foods aren’t the answer to food allergies themselves. My son is just as allergic to an organically-grown peanut as a genetically-modified one. But the information I found made me stop and reconsider what I was putting into my body and the bodies of my children.

I desperately wanted to change how my family eats, but the information was all so overwhelming, I had no idea where to begin.  Plus, I was worried what the switch to organic/all-natural would do to our already-tight grocery budget. And I didn’t even want to think about how to announce the changes to my family without a full-blown uprising.

What I really wanted was to do a Google search and find an itemized list of what to replace in my pantry todayand how to do it without stressing out my grocery budget (and my family).  Instead, what I found was some great advice from a friend. A good friend whom I have dubbed my “all-natural Guru,” explained that I had begun a journey of sorts. I didn’t have to make all the changes right away, but I could begin to change something. So I did.

I began to make a few changes here and there. Some were noticed by my family…others were not. But, because the changes were minor and sublte, even the ones my familiy noticed were met with acceptance. As we’ve grown used to those changes, we’ve made more. We’re further on this journey than we were a year ago, and I hope we’re further along a year from now.

If you’re looking to make some heatlhy changes in your eating habits, here are a few easy, economical ways to start your journey:

3 thoughts on “The Road Less Processed”