I remember the phone call and the concern in my dad’s voice: “Carmen is in labor; they’re on the way to the hospital. We’ll keep you posted.”

I hung up the phone with an odd mix of excitement and anxiety. My sister, Carmen, was expecting their third child, and I was eager to welcome a new niece or nephew into the family. But it was too early. Six weeks too early, in fact.

Doctors rushed Carmen into an emergency C-section. She delivered a tiny boy weighing only 3 lb. 3 oz. The baby was immediately transported to a top-notch Neonatal ICU at a hospital an hour away. My brother-in-law, Jim, went with him; my sister followed as soon as she was able.

Over the next several hours, doctors discovered my new nephew suffered from a rare, often fatal, condition called hydrops fetalis which causes the body to accumulate and retain massive amounts of fluid. The intense swelling wreaked havoc on his little body, and he began to develop other problems. His brain swelled, and he developed a brain bleed. The immense fluid caused his retinas to detach, and he had to be put on a respirator because he was unable to breathe on his own.

Jim and Carmen were told their son would probably not live 24 hours. They named him Zoe (pronounced “zo-AY”), which means “life.” The name was so appropriate, because this little guy was now fighting for his. 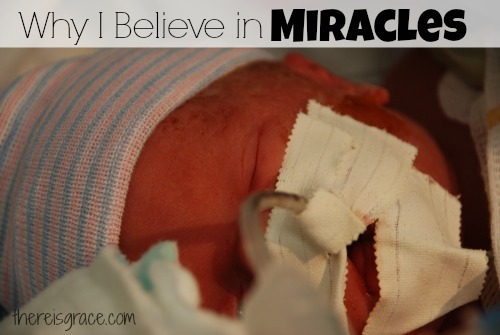 The first twenty-four hours came and went, and little Zoe continued to hold on. Still, Jim and Carmen were given a very grim picture: There had already been so much damage to Zoe’s brain and body that he would likely never breathe on his own. Even if he did, he would live whatever brief life he may have in a vegetative state. He would never walk. He wouldn’t be able to talk, see, hear, or eat (without the help of a feeding tube). Zoe had also developed hydrocephalus, or “water on the brain,” causing fluid to continue accumulating on his brain without releasing it. The condition is operable, but Zoe’s platelet count was too low. He would never survive the operation. The doctor’s hands were tied.

Our family did the only thing we knew to do: we prayed. My sister and brother-in-law spent hours at Zoe’s beside, praying over him and singing to him. Friends and family members around the country prayed and fasted on his behalf. Congregations who had never met my sister or her family added them to their prayer chains.

Finally, my sister and her husband had to make a choice no parent should ever be faced with: After an MRI revealed more complications, doctors admitted they had done all they knew to do for Zoe. The medical staff encouraged them to take Zoe off the respirator. Jim and Carmen asked if they could take the weekend to pray about it.  I flew to Georgia to join my parents in supporting Jim and Carmen in the difficult decision they faced.

After much prayer and counsel, Jim and Carmen decided to remove Zoe from the respirator and “leave the rest up to God.” Doctors had made it very clear that Zoe would not be able to sustain life apart from the machine. Jim and Carmen braced themselves for the possibility of losing the son they had only known for a few days. But they also knew that God is able to step in and bring hope to situations when there seems to be none. All it would take is one word from their Healer God, and their son would be made whole.

When the time came time to take Zoe off the respirator, an amazing thing happened. Doctors removed the tube, and Zoe opened his eyes and took a big, full breath on his own!

The boy who wasn’t supposed to talk or eat on his own now feeds himself and talks to anyone who will listen!

Doctors were astounded when an additional scan revealed that his retinas had reattached! The child who “would always be blind,” now sees just fine.

The baby who suffered “severe brain damage” started kindergarten this year. His teachers say he is cognitively on par with an average 5-year-old. (We know he is way above average!)

The child they said would live out his brief life “in a vegetative state” keeps up with his two brothers and sister in his walker or with his powerful army crawl. (He can stand on his own, and is working on walking on his own, too.)

Zoe’s doctors refer to him as the “Miracle Baby.” In fact, he’s become quite the little celebrity in Savannah, Georgia, where they live. The local newspaper quoted one of Zoe’s doctors in the weeks following his birth: “[Zoe] had multisystem failure,” said Dr. Linda Sacks, co-director of nurseries at Memorial University Medical Center where Zoe was treated. “Any number of things could have killed him, his heart, his brain, his lungs. Yet he survived.” 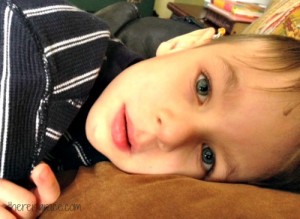 The issue of “miracles” is a topic that is hotly debated in Christian and non-Christian circles alike. I’m sure it’s been discussed at length by those with more knowledge and credentials than I have.

I believe God does miracles because His Word says He does. I know He does them because I’ve seen it firsthand. (Maybe I should have titled this post, “Why I Know God Does Miracles.”)

So when you’re in need of your own miracle and a very special five-year-old crawls up to snuggle with you on a wintry afternoon…or asks very clearly if he can play your piano…or leaves you a voicemail to say he “yubs” you…well, it’s like God himself is leaning in to whisper, “Yes, I still do miracles. And I can do one for you.”

Do you need a miracle? Don’t worry, I know Someone who does those. And if you still don’t believe in miracles…well, I’d like you to meet my nephew. He’s a pretty big deal. 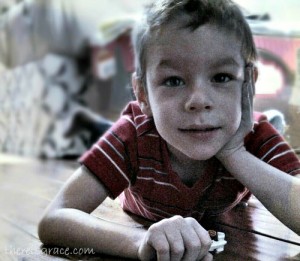 40 thoughts on “Why I Believe in Miracles”