The Bible has become a hot topic in the media after the smash-hit mini-series that aired on the History Channel. It seems the topics of faith and the Bible are often on the lips of every commentator on television.

I happened to watch Bill O’Reilly last weekend as he interviewed Mark Burnett and Roma Downey, the creators of The Bible: The Epic Miniseries

. I don’t typically watch O’Reilly, but I have heard him identify as a Christian, and I know he is open about his Catholic faith.

That’s why I was saddened to hear him say he was taught at his Catholic school that some of the Bible is to be taken literally, but other parts of it are simply allegorical. 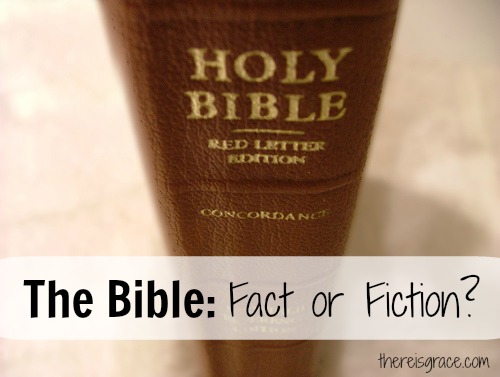 As Christians, the Bible is the one thing that should not be negotiable. It is the foundation of our beliefs, the cornerstone of our faith. Mr. O’Reilly used the story of Jonah as an example, implying it is an allegory because it is unbelievable. Yet, as a Catholic, he has no problem accepting the virgin birth as fact.

If we start down that road, how do we determine what parts of the Bible are fact and what parts are fiction? How do we decide what we will believe in the Bible and what we won’t believe? Is it based on one’s opinion of what is “believable?” Could not a God who is big enough to orchestrate the virgin birth of a Messiah manage to keep His prophet safe in the belly of a fish? Since when has God or His Word been limited by our belief (or lack thereof)?

It saddens me that it was “spiritual leaders” who taught Mr. O’Reilly to doubt the authenticity of Scripture. Those who should have taught him to view God’s Word as the authoritative standard, taught him instead to make it subjective to his own limited beliefs and opinions.

I do not look to Bill O’Reilly for spiritual guidance, but there are those whose spiritual beliefs are highly influenced by the media. As a very vocal public figure, Mr. O’Reilly is no doubt shaping how they view the Bible.

Maybe that’s why the percentage of Americans who believe the Bible is a sacred text is declining (from 86% to 80% in the last two years). And while 88% of Americans own a Bible, nearly half agree that the Bible, the Koran, and the Book of Mormon are all expressions of the same spiritual truth. (Read the full report here.)

As Christians we must teach our children that the Bible is more than a good idea. It’s more than a compilation of great, moral stories. It is God’s Word. It is true…every word of it. So, how do we do that?

1. Read it. Let your kids see you reading the Bible. Read it with them. Read it to them.

2. Talk about it. Discuss what you read. If you come across a passage you don’t understand, or your children ask a question you don’t know the answer to, dig a little deeper. Don’t be afraid of it; don’t shy away from it.

3. Internalize it. Choose a passage to memorize together as a family.

How do you view the Bible? Do you see it as a word about God? Or is it the Word of God?

For further study, read these fantastic articles on the subject:
What To Say When Someone Says the Bible Has Errors
The #1 Lie About the Bible

17 thoughts on “The Bible: Fact or Fiction?”